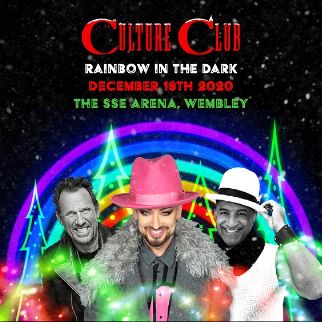 Culture Club were one of the biggest pop bands of the 80s, racking up seven straight Top 10 hits in the UK and nine Top 10 singles in the US.
Central to the band's appeal was the flamboyant front man Boy George, whose cross-dressing and heavy make-up created an image which was completely unique on the pop scene. George was also noted for his biting wit and frequently came up with cutting quips that won Culture Club media exposure on both sides of the Atlantic.
Although they drew influence from the 'New Romantic' movement, Culture Club was also inspired by the music and fashion of 'Northern Soul', which helped to create a broader appeal.
Culture Club grew out of the ashes of 'Sex Gang Children', formed by George and bassist Mikey Craig. Drummer Jon Moss and guitarist Roy Hay came on board, and by 1981 the band had been renamed.
Early in 1982 a deal was signed with Virgin Records, but success eluded them until the release of their third single in the autumn, the massive breakthrough hit 'Do You Really Want To Hurt Me'.
Shortly after this Culture Club's debut album 'Kissing To Be Clever', climbed to No.5 on the UK charts, while another non-album single 'Time (Clock Of The Heart)' reached No.3.
The band's US success followed early in 1983 with the album and both singles riding high in the charts. A third single 'I'll Tumble 4 Ya' was taken from the album in the US, providing additional Top 10 success.
By the time their second album 'Colour By Numbers' was released in autumn 1983, Culture Club were the most popular pop group in the world. 'Colour By Numbers' spawned 'Karma Chameleon' a transatlantic No.1, which sold over five million copies worldwide. Meanwhile the album was kept off the US No.1 spot for six consecutive weeks by Michael Jackson's record-breaking 'Thriller'.
However the band's third album, 1984's 'Waking Up With The House On Fire', failed to repeat their earlier success with the critics and on the charts. Its lead single 'The War Song' was their final Top 10 hit of the decade on both sides of the Atlantic.
In 1984, Culture Club won the Brit Award for Best British Group,[3] theGrammy Award for Best New Artist, and Best British Single ("Karma Chameleon"). They were nominated the same year for the Grammy Award for Pop Vocal by Group or Duo but the English rock band The Police won the award. The band were also nominated for a Canadian Juno Award for International Album of the Year. In January 1985, Culture Club were nominated for an American Music Award for Favorite Pop/Rock Band/Duo/Group Video Artist, and in September 1985, they were nominated for two MTV Video Music Awards for Best Special Effects and Best Art Direction for their video "It's a Miracle".
George began a long battle against drug dependence, confirming the group's break-up in 1987. That year he released his first solo single, a cover of the reggae classic 'Everything I Own', which rode a wave of public sympathy that culminated in a UK No.1.
In 1989 George embarked on a new dance orientated career having several hits across Europe with Jesus Loves You, which led on to him becoming established as one of Britain's leading club DJs. He returned the UK and US Top 30s in 1992 with the theme song to the hit movie 'The Crying Game'.
Jon and Mikey have established their own studios and Roy composes for movies and TV in Los Angeles.
Culture Club reunited in 1998, releasing the two-disc set 'VH1 Storytellers/Greatest Hits'. The first captures the band live in the VH1 studios tackling both old and new material while the second is a compilation of re-mastered hits. The band also had a No.4 hit in the UK that year with 'I Just Wanna Be Loved'.
Culture Club was the first band since The Beatles to achieve three top 10 hits from their debut album on the Billboard chart. Their hit single, "Time (Clock of the Heart)" has also been included on the Rock and Roll Hall of Fame's list of 500 songs that shaped rock and roll.
In 2014, the band reformed and announced a tour and a new album. A new picture of the four members was also posted on the band's official website, and announced the list of the 11 UK concert dates. In mid-November 2014, two days before the start of their 21-date US and UK tour, Culture Club announced they had to cancel the tour due to George suffering from a serious throat condition.
Currently the band has re-announced their North American tour with scheduled dates in both Canada, and the United States, which will kick off in Vancouver on July 17th, 2015. This will be the first time the band has reunited in over a decade to come together and perform! In November 2014 they released their debut single, More Than Silence, from their latest album, Tribes, which is set to release later this year. 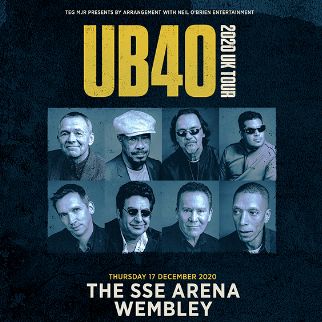 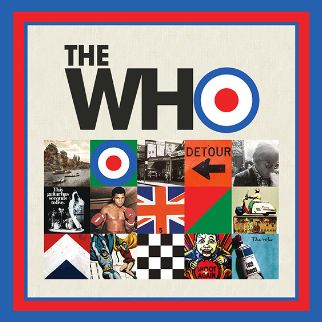 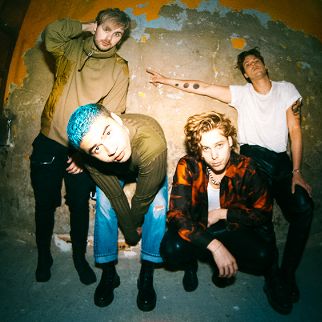