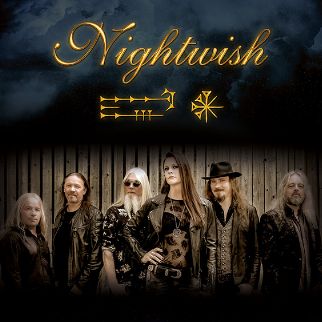 “There is grandeur in this view of life, with its several powers, having been originally breathed into a few forms or into one; and that, whilst this planet has gone cycling on according to the fixed law of gravity, from so simple a beginning endless forms most beautiful and most wonderful have been, and are being, evolved.”
Charles Darwin, “On The The Origin Of Species”

“This classic quote is where it all began. We set sail for the ultimate journey in March 2015, join us!” Tuomas Holopainen

A new era begins
NIGHTWISH has always stood for virtuoso perfection. They are able to evoke fantastic dream worlds, fade out time and space, and touch you deep inside with their majestic symphonic compositions. Vision and temptation, love and passion, devotion and blood – this Finnish band also has the courage to aspire to new creative and innovative ventures. Since their formation in August 1996, they have risen long ago to become the biggest Symphonic Metal band. It is no secret that main composer and keyboard player Tuomas Holopainen is a versatile songwriter, who lives for his music, dedicates himself to his art and this seeps through in every single note of his work.
Four years have passed since the gigantic 'Imaginaerum' album - a lot has happened and still even more will happen, because the time is right for a new chapter in the history of the Suomi-Symphonics. A chapter, which will set new standards and will start a magic trip into a spectacular parallel universe; so overwhelming, so epic, so beguiling. NIGHTWISH connect past, present and future to a flawless whole. It is a time for a new era. It is a time for Endless Forms Most Beautiful.

“They present themselves as a unity - much more than on all albums before!“

Endless Forms Most Beautiful is the first NIGHTWISH-studio album to feature Dutch singer Floor Jansen (REVAMP, ex-AFTER FOREVER) - the splendid chanteuse has been a full-time member since Oct 2012. On the imposing 2013 live release Showtime, Storytime the amazing power woman improved the sound with her beautiful voice while lending the songs, once more, a special grace. It was clear that the Dutchwoman would catapult the songs vocally on a new, even more powerful, level.

"The recordings of the more soft, very deep and less operatic song parts were a great challenge for Floor, because she had never sung before on an album in that way," remembers Tuomas Holopainen.
"Nevertheless, her enthuisiasm brought out the maximum in her versatile voice."

On the drums there is also a new face: On account of health problems, long-time drummer Jukka Nevalainen has had to take a break and is replaced by his good friend Kai Hahto (WINTERSUN) for touring duties. Finally the quintet was extended by the entrance of multi-instrumentalist Troy Donockley. His new colleagues fill Holopainen with pride: "The new members were completely motivated and contributed large parts to the arrangements. They worked as a unit - much more than on all the albums before!"

The beauty of nature
This latest album was recorded at the Röskö Campsite in Kitee, and Petrax Studios in Hollola. "The recordings went – apart from Jukka’s illness and a few broken ribs in the buzzer camp - smoothly," Tuomas remembers.

"It was a huge advantage that all band members were on site. We developed an organic “we”-feeling. Moreover, we were able to focus the arrangements around the vocals. This constant presence also had a positive effect on the length of the recordings. We only spent a few months in the studio, whereas on the `Once´ - album, we spent more than half a year in the studio.”

The new piece of silver was produced once more by Tuomas, together with the whole band & Tero "TeeCee" Kinnunen. Mikko Karmila was responsible for the mix in the Finnvox Studios, in Helsinki, and Mika Jussila mastered the album. The orchestral recordings took place as usual at Angel Studios in London with Pip Williams, along with the choir and percussion.

"The orchestra is extremely prominent in some songs. Nevertheless, it still feels like it operates in the background," describes Holopainen. "However, three songs on the record feature neither the orchestra or a choir."

The Cover artwork is the work of Toxic Angel again, a good friend of the band, who did an amazing job and excellently transformed the message of the lyrics. "Here it was important to us to integrate as many as possible different botanical species and animal species, to underline the topic of the record. Primarily it was a matter of showing the beauty of nature and the real world."

The origin of life
The current release of the Suomi-Metal-Heroes, which was based on the quotation above by Charles Darwin, was also inspired by other famous scientists like Richard Dawkins or Carl Sagan.

Endless Forms Most Beautiful encloses eleven epic, immensely diverse compositions, which were mainly composed by Tuomas. Because the whole band is interested in the subjects of science, the lyrics lean on the areas of biology, evolution and science: "It focuses on the fact that all living beings on earth are related with each other, own a common origin as bacteria and that’s why everybody is on the same level," reveals Tuomas. "However, this should not degrade humanity, but symbolize merely the connections of all kinds!"

A mysterious trip by evolution
The musical excursion begins with the rapid "Shudder Before The Beautiful," which symbolizes the sublimity and grandeur of the world. The famous evolutionary biologist and author Richard Dawkins appears at the beginning in a narrative role. "He did not know NIGHTWISH before," Tuomas admits, "but after listening to some songs, he really liked our music and accepted our invitation with pleasure."

"Weak Fantasy" follows, which seems to be the hardest song of the album according to Holopainen beside "Yours Is An Empty Hope." Bassist Marco Hietala also contributed many ideas to this number. The wonderful and touching 'Élan' is the first single. "The underlying subject of the song is nothing less than the meaning of life, which is different for all of us. It is important to surrender yourself to the occasional free fall and not to fear the path less travelled by," the songwriter philosophizes.

"Our Decades In The Sun" carries the listener softly into quieter fields, followed by the folky-medieval "My Walden." That number stands for the open-endedness of every person and should inspire one to have a look to the individual world in front of you. The origin of all life, inspires the outstanding title track "Endless Forms Most Beautiful." "Here the evolution of life on earth is reflected," Tuomas says. The next song is called "Edema Ruh" and Tuomas was heavily inspired by the fantasy author Patrick Rothfuss in whose imaginary world, musician and actors travel from village to village, make music and play theatre. "Alpenglow" is a kind of love song, where different variations of being after death are described and illustrated. Before the spectacular finale, an instrumental piece, impresses: In "The Eyes Of Sharbat Gula" orchestra and choir shine in perfect symbiosis, generating a cinematic soundtrack mood and bewitching with a mystical-melancholic atmosphere. The crowning end is shown by the monumental 24 minutes monster "The Greatest Show On Earth," which is divided into five chapters and enclose the complete evolution - from the formation of Planet Earth until the distant unknown future.

"This is for me the best NIGHTWISH song of all time," Tuomas says. And the Finns are right, because in this Richard Dawkins takes part again and completes that overwhelming, breathtaking and mysterious piece of art in a perfect way. NIGHTWISH presents themselves stronger and more self-confidently than ever. By now it is chiseled in stone: Endless Forms Most Beautiful is a virtuoso legacy for eternity. NIGHTWISH were never better.
Not a customer?
Select Tickets 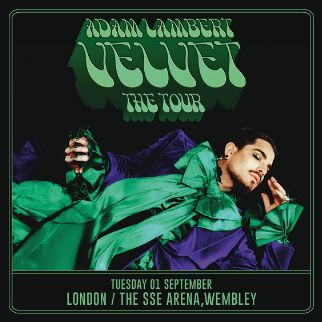 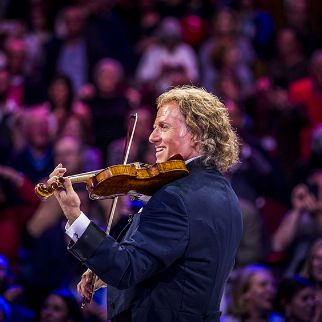 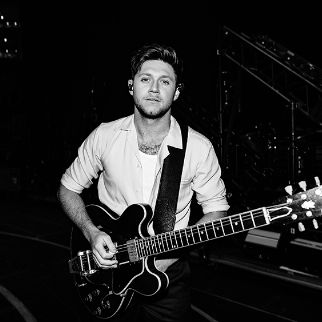 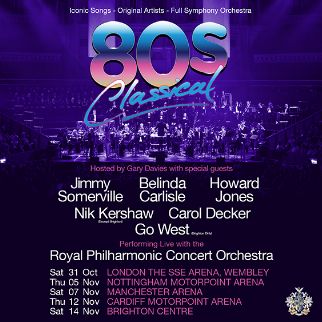